Empty classrooms, days without books, classrooms without roofs and without walls. Even in these basic conditions simple pedagogical stories gradually change many lives:

Bilán, a Somali girl, lost her sight in the refugee camp and goes to learn Braille every day in a school
called ‘Horyal’ which means ‘show the way’.
Conceição brings a bottle of milk as a chair and João a plastic box in a public school on the remote
outskirts of Luanda, Angola.
Hossein, a child from Djibouti, listens to English classes from outside the classroom, hoping to collect
the 10 cents that each course costs.
Several urban refugees in Nairobi, Kenya, share the available desks and some of them listen to the
classes on the floor.

In streets without sidewalks, violent heats, fumes from wood stoves, birds that dispute branches and food, children live realities that are not ephemeral, in schools ‘loaded of emptiness’, subsisting and learning with actions, days and moments tirelessly repeated that end up creating a constant that we do not see.

One more day of learning

The walls in the school echo the words, laughter and scolding of an anonymous teacher, who after hours returns home walking, “teaching away from the lights and sounds of the tumultuous city,” as Alan Paton, the writer and poet, wrote armed with pens and words revealing against South African Apartheid. 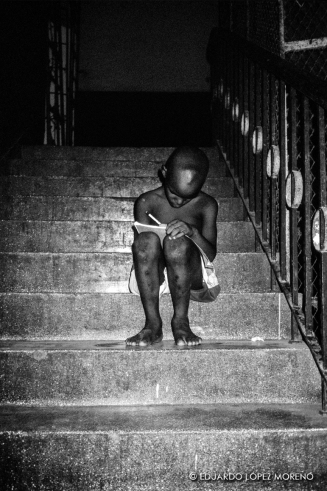 The teacher Dominic is speaking loudly, as if he was reciting a poem. He stops to punctuate a verse when crossing a puddle on a street without sidewalk. He thinks that nobody is following or listening to him, but the aluminum sheets on the roof of the school still echo his teaching and his belief. He has forgotten the Kenyan Swahili adage ‘where there are experts apprentices never lack’. Throughout his life he has educated so many students.
He believes in the repetition of words, which he likes to divide into syllables, assuming they are better assimilated by the students. Although the twilight has arrived, there is a strong light in his eyes, and as he approaches home, mentally repeat several times, ‘turn around and face your destiny that is in that doorway’. He seems to hear a student asking him, is that a metaphor teacher? 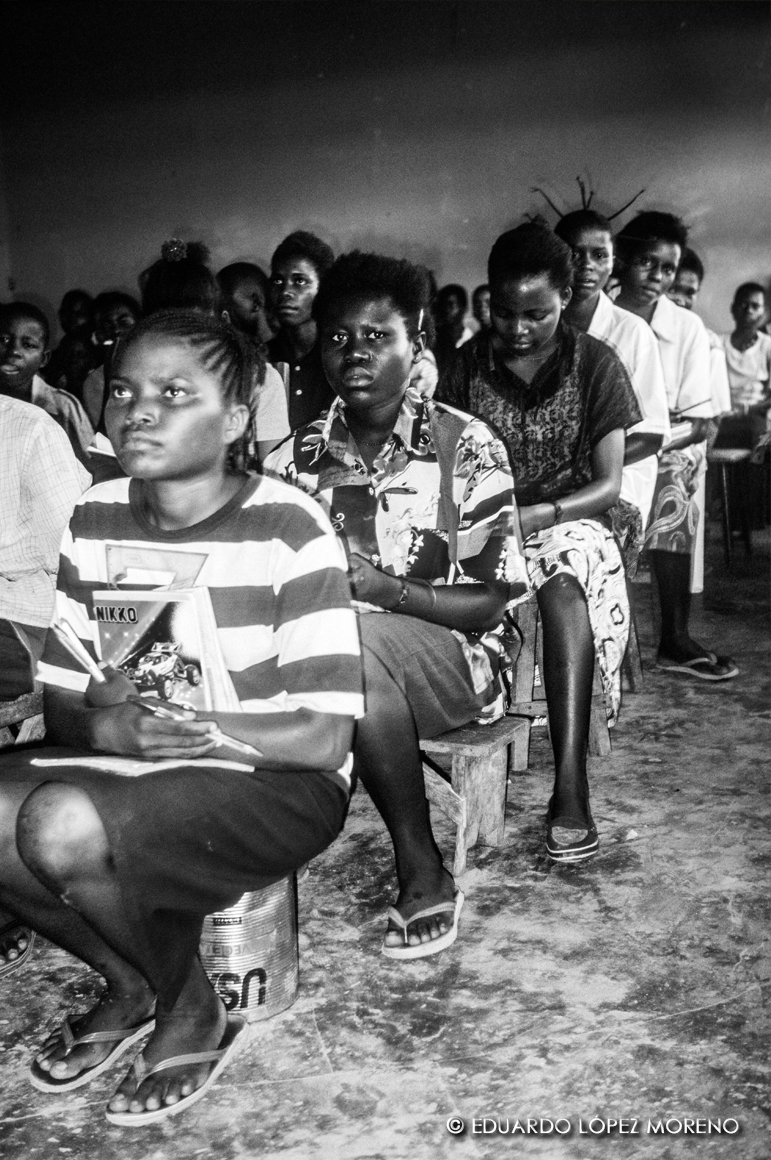 The night captures his calm voice that repeats twice ‘meta-phor’, which echoes far away on the other side of the earth.